Illumination Street Week 5-11 December is a ‘National Calendar Campaign’ to help combat those shorter days and cloudy skies. It celebrates the passion, flair, and effort that people around Britain... 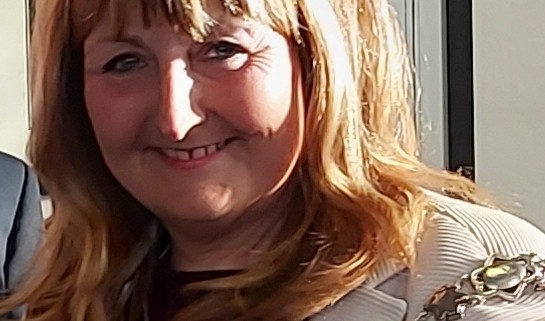 We are delighted to announce that Cllr Edwina Hannaford was appointed Mayor of Looe at a Mayor Making Ceremony last night as part of Looe Town Council’s Annual Meeting & Town Meeting held in the Guildhall Chamber last night. Edwina has served as a Town Councillor since 2003 and follows in the footsteps of her father, Colin Shore, who was Mayor of Looe from 1996 to 1998. In her opening address to the town, Edwina spoke of her learning from her dad as well as all the other Mayors of Looe that she has worked with. She went on to set out her priorities in the role including: Listening to residents; Involving young people in decisions affecting the town; Giving Looe businesses a voice; Working with partner organisations to support residents; and Focussing on doing the basics well so that Looe is a clean, well-cared for town for everyone to enjoy.

Edwina takes over as Mayor from Cllr Martin Gregory who was thanked by Edwina and fellow Councillors for his three years in post – not an easy period to be Mayor, not least with the unprecedented challenges of Covid-19. The Council has changed significantly during Martin’s period in post and he thanked fellow Councillors; Officers; other Looe organisations; and all the individuals from the community who came together to form such a well-organised volunteering network during the pandemic.

As well as reporting on the past year, the Annual Meeting is also the Council’s opportunity to recognise and reward other organisations and individuals who contribute so much to making Looe a great place to live and to visit; often through the goodwill of volunteers and charitable donations. In recognition of their significant support with vaccination clinics as well as all their stewarding duties and organisation of community events, not least Santa’s annual tour of Looe, the Organisation of the Year award was presented to the Lions Club of Looe.

We were really pleased to see so many members of the public and representatives of other organisations at the Meeting where several local charities were presented with cheques from the Mayor’s Charity Fund to contribute to their work in Looe.

Full minutes will be posted shortly on the Agendas and Minutes page of our website.

For any enquiries or to report an issue, get in touch today. Learn more
Footer
Meet the Leader – Cornwall Council